skip to main | skip to sidebar

... good effort, because further than that, we never went.
After 24 years, screws tend to be rusted together with the plate they are screwed in, which means that all the necessary-to-be-loosened-to-get-to-the-brakes-screws weren't cooperating. We'll just have to trust on 24 year old mechanics...

Further: hoping to have fixed the hole in our exhaust collector.

Is it any better now? Not sure.
Is it worse now? Might be.
Do we have a mayor exhaust problem now? Yes.

Do we still have 99 days to solve all this? Right on!

Captain Snef.
Posted by Snef at 9:40 AM No comments:

It's all about the valves

Team Unagi performed some mayor surgery on the BattleCar Hydraulica: finetuning of the valves, all eight of them!

Like everything in life: first times are insecure, weird, full of possibilities to hurt yourself, but in the end...great success!!
Everything went off and on, screws were loosened and lost, oil was dripping, hands were ripped open, valuable parts were cleaned, valves were set on 0,15 mm (intake) and 0,20 mm (outtake), engines were turned, cylinders were set under pression... and in the end the engine was turning again.

The testdrive to Antwerp reveiled a mechanical heart, pounding better than ever before... but still calling out for a second run on the tuning bank.

No first time, without a second.

This engine is going to sound like a sewing machine! (well... a loud one).

Captain Snef
Posted by Snef at 7:18 AM No comments: 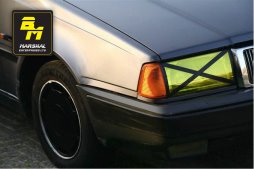